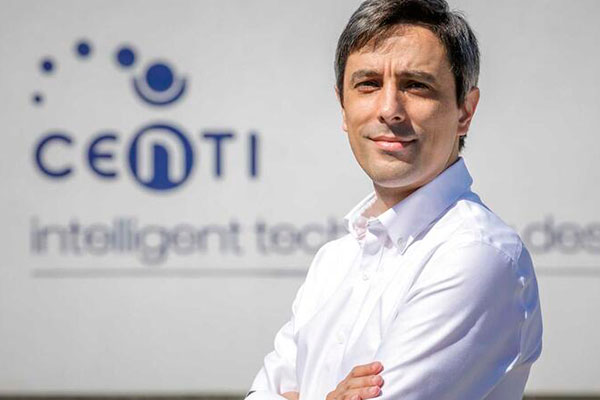 The 15th anniversary, the new facilities, the team's growth, the objectives, and areas that CeNTI intends to focus in the coming years. These were the themes of an extended article in Dinheiro Vivo as part of the 15th-anniversary celebration, that happened in May.

The text focused on the past, but, above all, the present and future of CeNTI and gave voice to the challenges proposed by the Centre, such as technological responses and new research and development lines focused on digitization, sustainability, and circular economy. Batteries and printed intelligence are also areas where the Centre intends to focus in the near future.

The team growth and the facilities’ construction were also themes portrayed in the article.

You can read the article HERE (in Portuguese only).

An anniversary full of messages for the whole team

The 15th anniversary was also celebrated on CeNTI's social networks. Some of Centre’s most emblematic Projects were published, and several messages of congratulations shared (on video) by representatives of entities that have collaborated with CeNTI.

The presentation of an extended video also marked the anniversary day. The intention was to show (in images) some of CeNTI’s key moments over the 15 years. A journey through time to show the world a little of what the Centre has been building year after year.

2022 will also be a milestone year for the Centre, with the 16th anniversary celebration and inauguration of the new facilities.

CeNTI was present, in the last quarter, at the leading international technological fairs. In 2022, the events returned in force and the Nanotechnology Centre's differentiating solutions were highlighted throughout Eu...
more

Green4Industry, a SIAC Project, is based on the European Green Deal, a sustainable growth strategy that aims to achieve carbon ne...
more
To use our services you must accept our Privacy note.
Privacy Note |