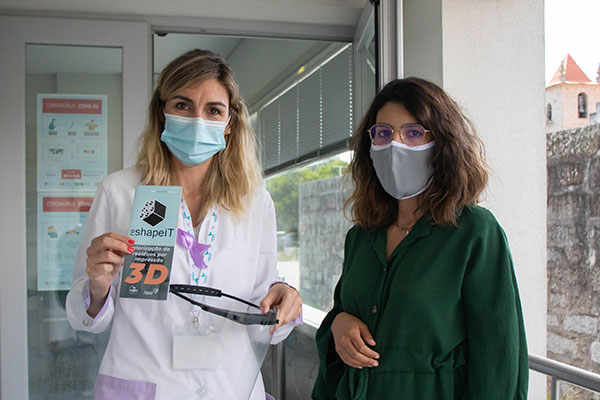 The Parish Social Center of Requião, in Vila Nova de Famalicão (Portugal), received around fifty visors, that will be used to protect users and professionals on the retirement home, nursing home, daycare, and home support services.

CeNTI’s offer took place within the ReShape IT Project, whose primary goal is to promote the sustainability and safety of the citizens against Covid-19.

Related with this Project, CeNTI also offered personal protective equipment to the School Center of Antas and to social institution Mais Plural, both located in Vila Nova de Famalicão.

Helping to fight the spread of the new coronavirus and contributing to the preservation of the environment and nature are the main objectives of CeNTI and Lipor. The Project is co-financed by Sociedade Ponto Verde and Ponto Verde Open Innovation.

CeNTI was present at Techtextil, the leading European fair for high-tech textiles, which took place in Frankfurt, Germany, from June 21st to 24th. In the initiative,...
more

Focusing on the future, CeNTI celebrated its 16th anniversary

On May 19, CeNTI celebrated its 16th anniversary. The 16 years of the Nanotechnology Centre were celebrated, in a symbolic way, in a gathering that brought together the entire team. C...
more

CeNTI recently launched a video about ReInvent, an innovative Project created by an international consortium composed of 1...
more

SMART4CAR: technological innovation at the service of the automotive sector

SMART4CAR, called “Smart Surfaces For Automotive Components”, is a differentiating Project that aims to endow car components with intelligent, decorative and functional features.
more
To use our services you must accept our Privacy note.
Privacy Note |